Located near Ha Long Bay, Lan Ha Bay boasts a stunning landscape as a paradise on earth with many floating fishing villages, thousands of years of culture, imposing limestone mountains, adventurous experiences in the forest as well as the crystal sea. Lan Ha Bay has just been listed as one of the most beautiful bays in the world.

Sitting on the south and east coast of Cat Ba Town, the 300-or-so karst islands and limestone outcrops of Lan Ha are just as beautiful as those of Halong Bay but feel more isolated and untouched. “Geologically, Lan Ha is an extension of Ha Long Bay but sits in a different province”, the Lonely Planet once wrote.

From Hanoi, it takes visitors only 90 minutes to Pha Got, Hai Phong to start the discovery journey by yacht instead of 180 minutes to reach Ha Long Bay the traditional way. You can also go to the center of Cat Ba island via cable car system, which has recently been inaugurated.

Here are 10 things no one tells you about Lan Ha Bay and the boat tour to discover a masterpiece of nature: 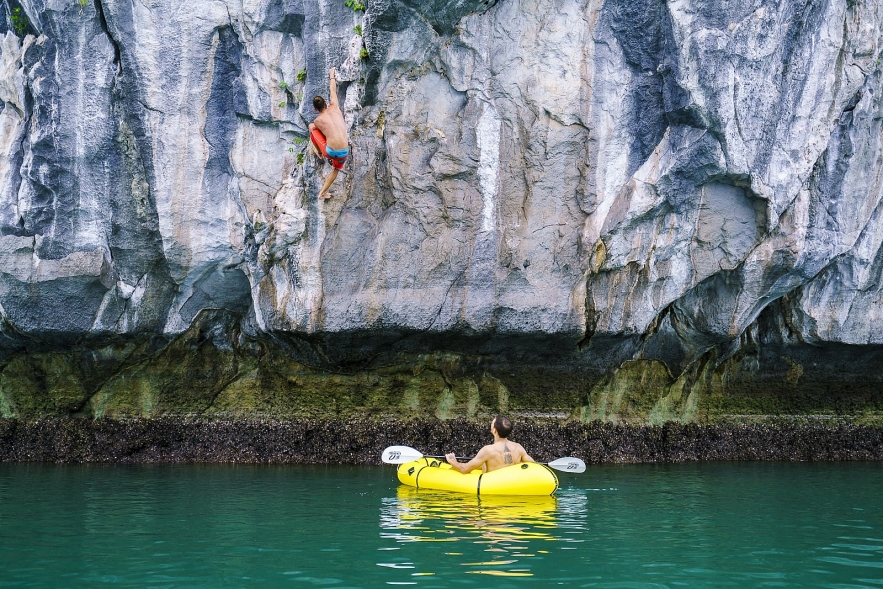 1. Lan Ha Bay has just been listed as one of the most beautiful in the world

According to Thanh Nien newspaper, Lan Ha bay is rated as one of the most beautiful bays of Vietnam and the world. It has about 400 large and small limestone islands which are close together and wildly beautiful in many interesting shapes. One of the most favorable tours to Lan Ha Bay is a boat tour, which will provide you a closer view of the islands than that of Ha Long Bay. The bay has 139 small, pristine sandy beaches, lying between two blocks of mountains with the clear blue sea to the bottom. They are safe and extremely ideal beaches. 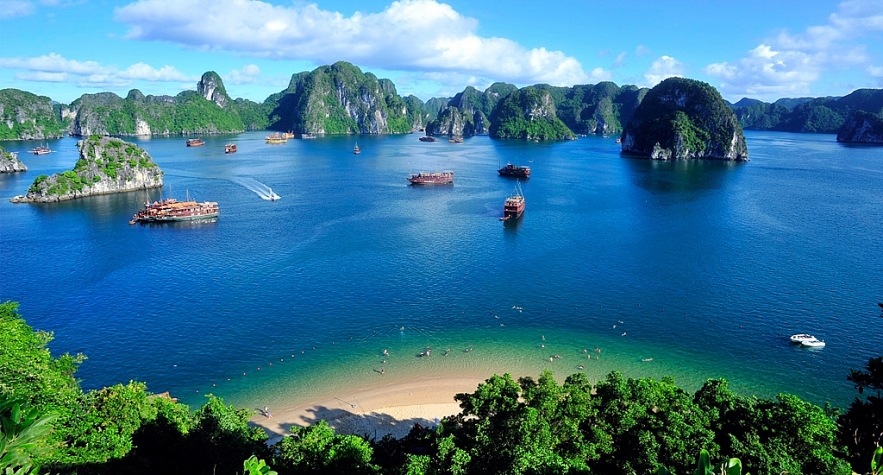 3. In order to visit Lan Ha Bay, visitors can depart from two main piers, namely Pha Got and Ben Beo

Pha Got is the place where luxury boats with 4 and 5-star rankings gather. Ben Beo is the place where smaller boats gather, suitable for small groups of visitors and families. Travel and Leisure also recommends travelers to take Heritage Binh Chuan Cruise to explore Cat Ba if traveling with family and children. 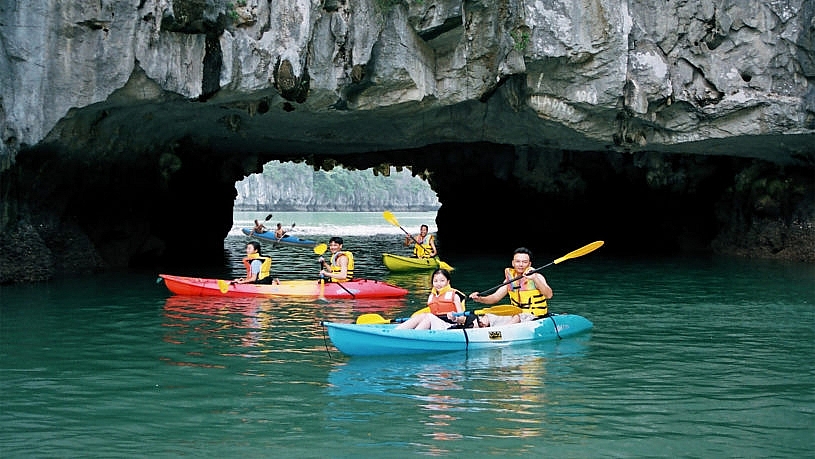 4. There are not too many tourists coming to Lan Ha Bay.

This fact is accidentally the great strength of Lan Ha Bay. Tourists can really live in pristine nature, without noise or dust, and with a more beautiful environment.

Lan Ha Bay has nearly 400 islands in beautiful and large shapes distributed in an area smaller than Ha Long. The rocky islands are quite close together to create interesting natural paintings.

Additionally, there are dozens of fishing villages with thousands of people living on floating cages in the sea, where visitors can learn about aquaculture or meet and have a talk with extremely friendly fishermen. 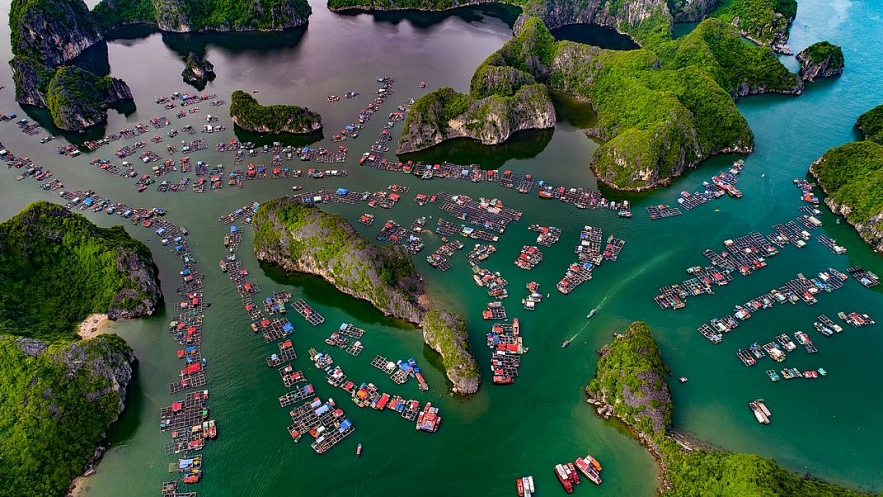 7. The number of natural beaches in Lan Ha Bay is immeasurable at low tide 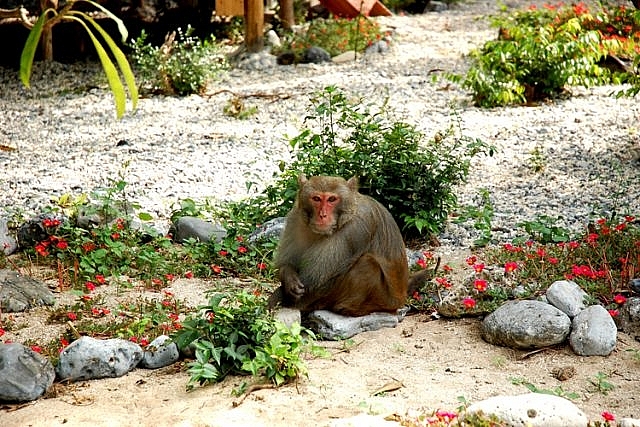 8. On a few small islands in Lan Ha Bay, there are resorts to meet the needs of tourists who want to stay overnight.

The quality of service is quite good and the beautiful beaches make these resorts quite impressive. Guests can choose to combine a yacht experience with a resort or a hotel on Cat Ba Island to have an experience on the island and on a cruise if they have enough time. This is an ancient village, surrounded by highly protected, primeval forests. Tourists can cycle or take an electric car to visit this village. There are also some homestays there to serve those who want to stay overnight. 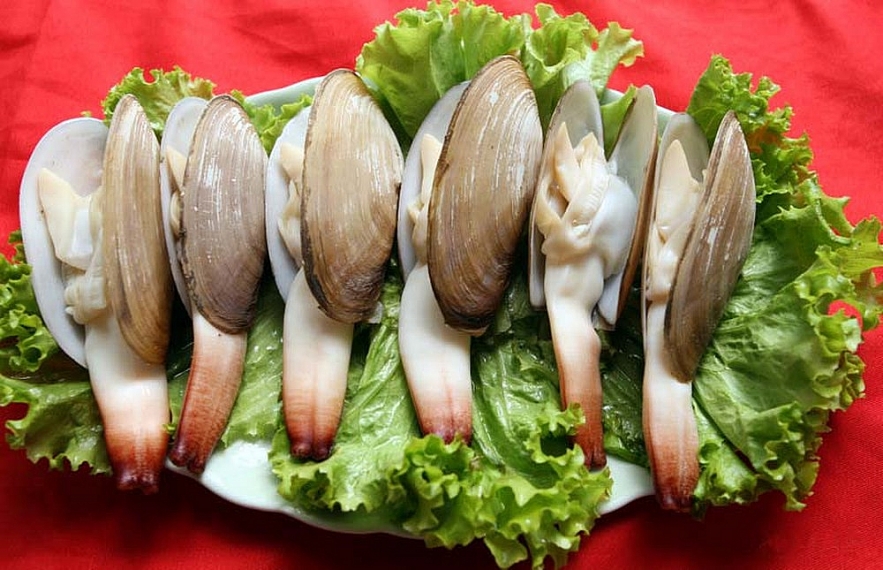