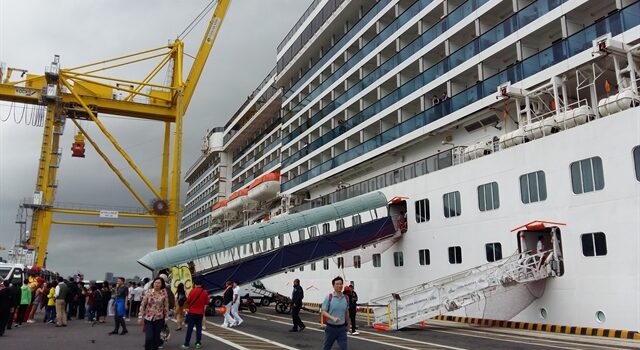 A cruise docks at Đà Nẵng’s Tiên Sa Port on a tour in Việt Nam. The country’s cruise industry has not yet invested enough to make it a top destination in Asia and the world. VNS Photo Công Thành

ĐÀ NẴNG – The marine tourism sector, which is a top priority of the country’s sea economy Master Plan 2030-45, has been struggling to attract investment in cruise harbours and coastal infrastructure to lure globally branded cruise fleets connected with worldwide destinations.
Chairman of the Việt Nam Tourism Association Vũ Thế Bình said cruise services are one of the key products in building marine tourism as a core part of the ‘blue sea economy’ plan.

Bình said sea tourism is still dealing with barriers that have blocked business and kept investors at bay for decades.

He said bottlenecks for tourism businesses and investors were the legal framework, destination management and poorly linked tour services among the 28 coastal provinces.

“Almost all cruises have to dock at cargo ports in Việt Nam, while international standards for entertainment and free-duty shops at arrival ports have yet to be developed,” Vũ said.

“Representative offices of the country’s tourism industry are not available at key cruise markets such as the US, Australia and EU,” he said. 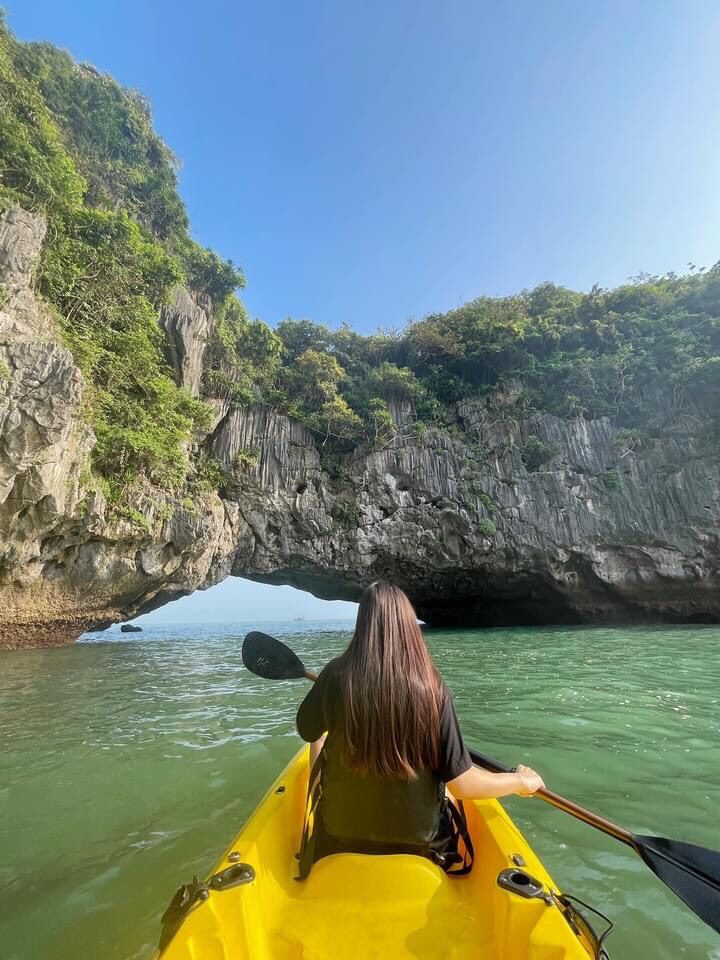 A tourist enjoys kayaking in Hạ Long Bay during a cruise tour in Quảng Ninh. More services and entertainment are needed for cruise growth in Việt Nam. Photo courtesy of Phạm Hà

Phạm Hà, CEO of Lux Group, said the port system from Hải Phòng to HCM City was poor quality and could not handle giant luxury or middle class cruise ships.

Hà said his own ship in Hạ Long Bay needs permissions from 18 local authorities to offer on-board night-stay service, while the group’s Emperor Cruise in Nha Trang had to get an international travel certificate to host dinner on board as ordered by the local tourism authority.

He explained that tourists on his cruise had to transship to visit Lan Hạ Bay in neighbouring Hải Phòng after finishing a tour in Bái Tử Long in Hạ Long Bay of Quảng Ninh province.

Hà said a one-stop procedure and GPS control given by port authorities of Quảng Ninh and Hải Phòng can help cruises exchange tour service at both bays.

Vũ Văn Đảo, director of Vũng Tàu Marina, a ship building company, said his company had to close in 2020 due to regulations on ship management and registration.

He said his 20-seat ships using Copolymer Polypropylene Polystone (PPC) from Europe were not registered for operation as no regulations on new materials for ship building existed.

Đảo said his new double-hull sailing boat design was used for hosting sailing festivals, but was refused by the local industrial park management board.

Flexible and quick responses are needed from local administrations to support the tourism business, he said. 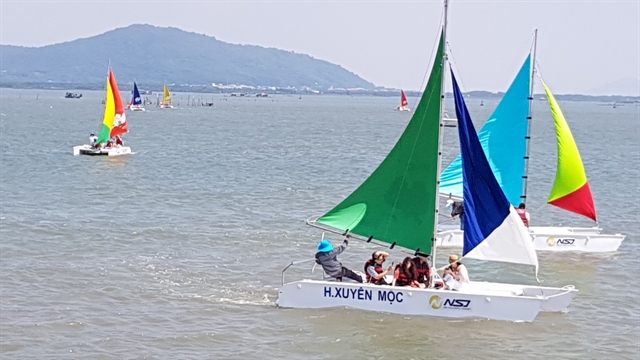 A sailing race is organised in Bà Rịa-Vũng Tàu. The service is rarely offered in coastal provinces and cities serving cruises in Việt Nam. Photo courtesy of Vũng Tàu Marina

Quảng Ninh is a rare locality investing in ports for cruise ships, while Đà Nẵng has begun changing dual-use Tiên Sa Port for cruises only.

Thủy said local ports could be built to link cruise tour services with ports in Singapore and East Asia or Southeast Asia for wider options in different countries and destinations.