HANOI: The former capital of French Indochina and now the heart of the nation

October 8, 2022 By huutoai Blog Comments Off

In autumn of 1010, Emperor Ly Thai To decided to move the capital of the kingdom to Dai La (Hanoi today) from Hoa Lu (present Ninh Binh). He was mindful that the place was an ideal location with many advantages for wet rice farming and traffic thanks to a number of waterways, especially the Red River, the backyard of Ba Vi mountain, promising the long-term prosperous development of a capital and a nation. After moving the capital and renaming it Thang Long, Ly Cong Uan ordered the construction of a citadel to protect the city. Since then, Thang Long has become the political, economic, and cultural center of the country.

When the Nguyen dynasty was established in 1802, Emperor Gia Long moved the capital to Hue. Thang Long was no longer the capital, its Chinese characters was changed from 昇龍 (“Rising dragon”) to 昇隆 (“Ascent and prosperity”), aiming to reduce the sentiment of Le Dynasty. Emperors of Vietnam usually used dragon (龍 long) as a symbol of their imperial strength, and power. In 1831, the Nguyen emperor Minh Mang renamed it Hanoi (河內, “Between Rivers” or “River Interior”). Hanoi was occupied by the French in 1873 and passed to them ten years later. As Hanoi, it was located in the protectorate of Tonkin and became the capital of French Indochina after 1887. 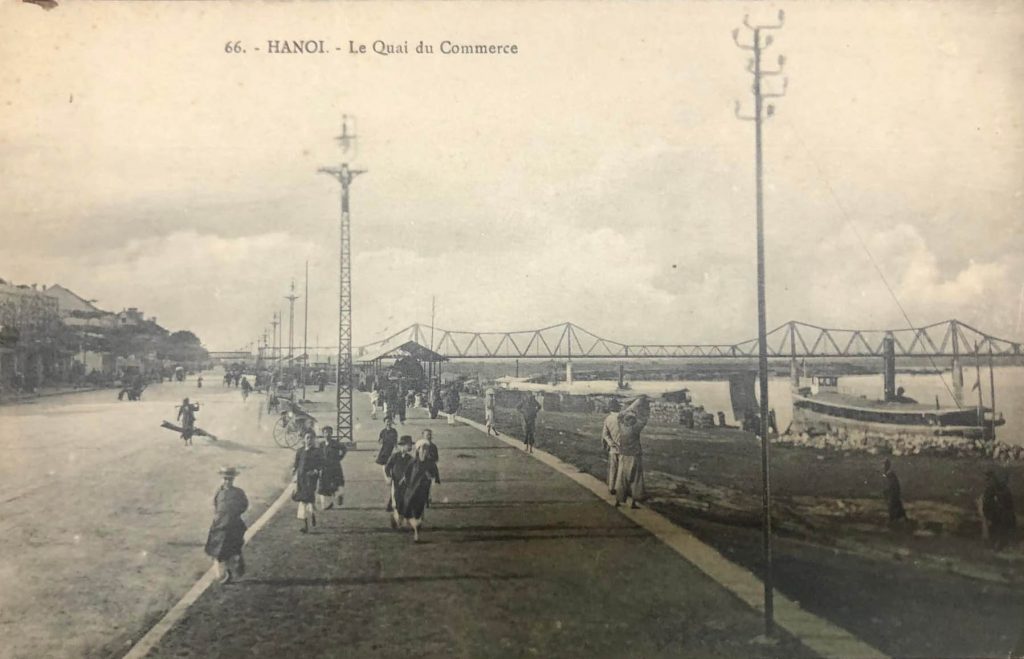 The city was occupied by the Imperial Japanese in 1940 and liberated in 1945, when it briefly became the seat of the Viet Minh government after Ho Chi Minh proclaimed the independence of Vietnam. However, the French returned and reoccupied the city in 1946. After nine years of fighting between the French and Viet Minh forces, Hanoi became the capital of an independent North Vietnam in 1954. The French Army withdrew that year and the People’s Army of Vietnam and International Control Commission occupied the city under the terms of the 1954 Geneva Conference. Following the end of the Vietnam and US war, Hanoi became the capital of a reunified Vietnam when North and South Vietnam were reunited on 2 July 1976.

Today, Hanoi is still a city of rivers, of which the Red River is the largest. For Hanoians, the Red River is not only a source of life, it is also a reflection of Vietnamese history and the capital city’s long prosperity. Heritage buildings such as churches, grand cathedrals, opera houses, clocks, colonial buildings, villas, museums, palaces, river ports, and iron bridges remain unchanged though some have disappeared. Many boulevards with French names have changed to Vietnamese names. Regrettably, the heritage street Bach Thai Buoi was changed to Nguyen Huu Huan alley in 1954 on the bank of Red River, but his former two-story office houses in Hang Muoi Street remain intact facing the clock with his former inland waterway port near Chuong Duong Bridge. 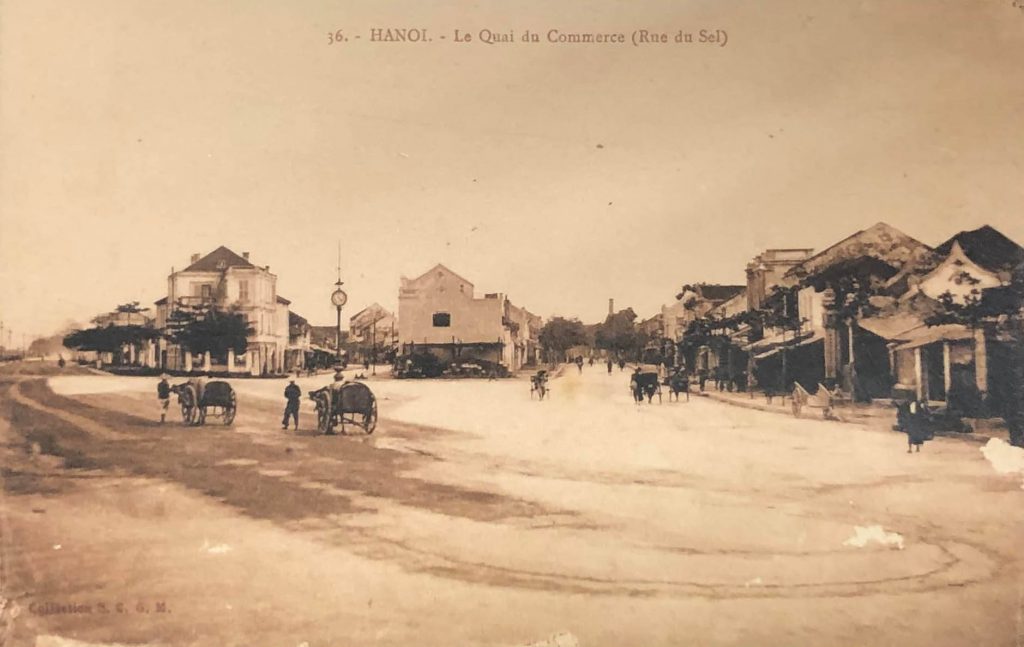 High-rise buildings are rare in this city which is striving to retain its character. Grand colonial buildings, tranquil lakes, and a maze of narrow streets provide intriguing contrasts. Hanoi is an elegant city with tranquil Hoan Kiem Lake (Grand Lac on postcards) at its heart. North of the lake are the bustling 36 guild streets of the Old Quarter, each street named after the trade that used to take place there. Hanoi is truly a city of contrasts with areas of wide boulevards and large colonial buildings, reflecting its period as a French Protectorate, and other areas truly Vietnamese with a muddle of narrow streets which bustle from dawn to dusk.

Similarly to the guilded age of Europe, “Hanoi’s 36 districts” is Vietnam’s version of the guild concept. In the past, as artisans moved to the capital city to do business, they gathered together in this area to share the resources and built communal houses and their temples. As a result, many of the streets were named after the crafts sold at that individual street. Pho Hang Muoi (Rue du Sel or Salt Street), Pho Hang Bun (Vermicelli), Pho Hang Ma (Paper Product), Pho Hang Bac (Silver), Pho Hang Non (palm-leaf conical hat), … are examples of the streets carrying the name of the products sold there. Explore my rich collection of postcards about Hanoi’s old guild streets and iconic buildings of the capital of Indochina and now the heart of Vietnam.