Cruising in the biggest karst museum in the world!

The Gulf of Tonkin includes some thousands of islands and islets which form a spectacular seascape of limestone pillars. Because of their precipitous nature, most of the islands are uninhabited and relatively unaffected by human influence. 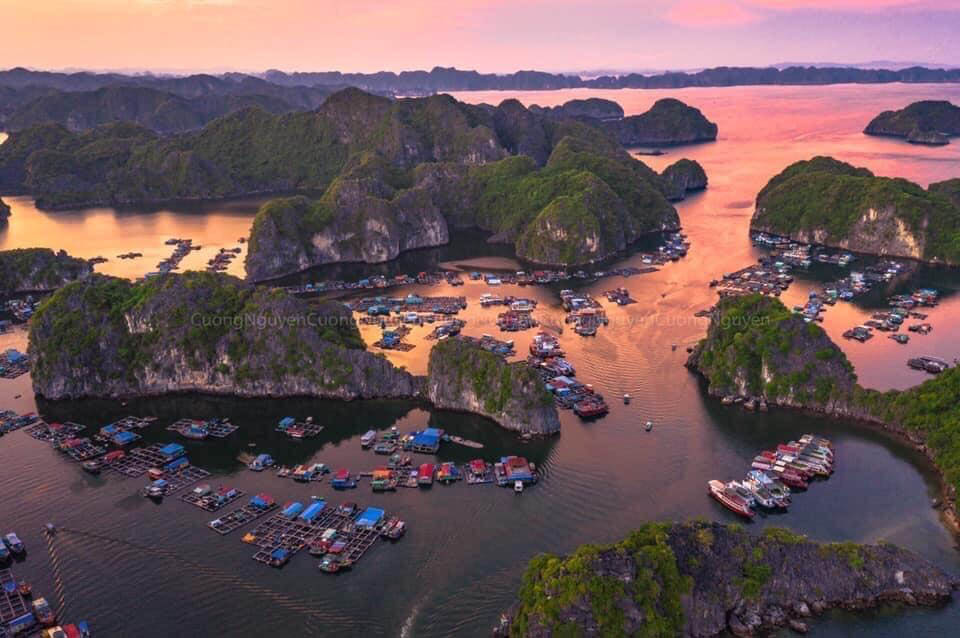 “Karst” is a characteristic weathering phenomenon of limestone mountains eroded by water. The erosion is not caused by mechanical forces, but mainly by carbon dioxide (CO2) in the air dissolving into water, plus positive ions of hydrogen (H+) forming carbonic acid (H2CO3). This is the main culprit of limestone erosion. The natural products of karst weathering are caves with stalactites, stalagmites, and underground rivers and streams.

The geomorphology of the Halong Bay region, including Bai Tu Long Bay, Lan Ha Bay, and Halong Bay itself, is known as “‘drowned karst’ due to the unusual combination of its limestone karst features which have been subject to the repeated rise and fall of the sea over millions of years”. The limestone formations of Halong Bay have been eroded into a mature landscape of fengcong (clusters of conical peaks) and fenglin (isolated tower features, modified later by the invasion of the sea. 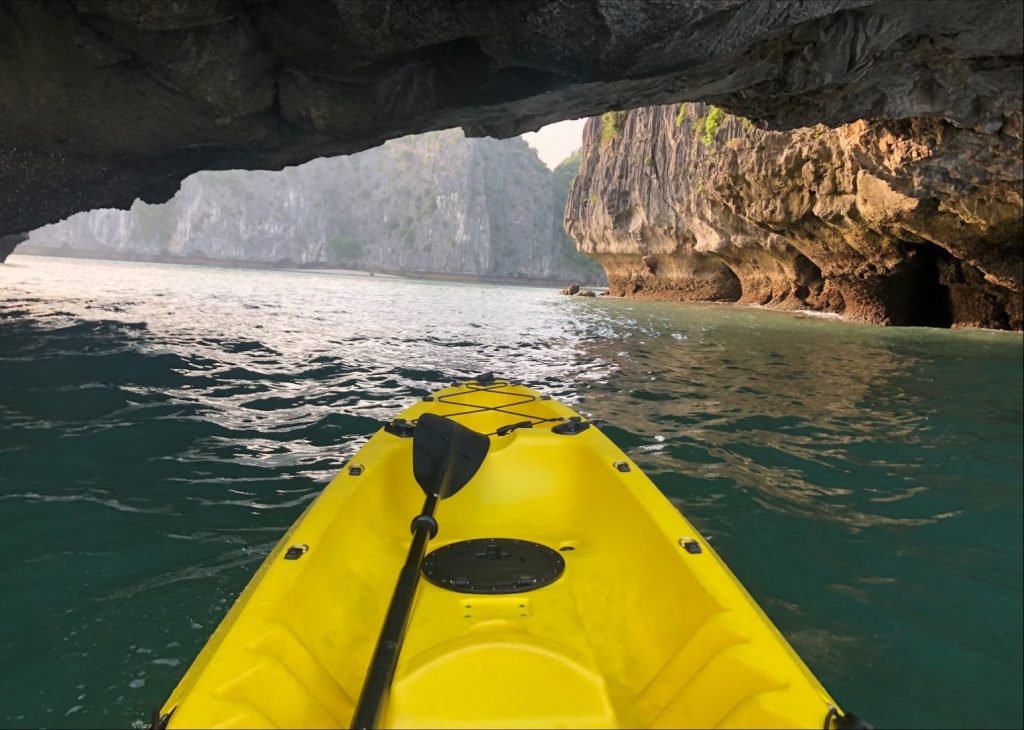 The smaller islands consist of fenglin towers that are 50m to 100m high. Many have vertical walls on all or most sides and these continue to evolve because of rock falls. The sea’s invasion of The Gulf of Tonkin has added an extra element to the normal process of lateral undercutting of the limestone towers and islands. The most conspicuous feature of this erosion is the large notch cut into the entire rocky coastline, which can be seen from the air. Notches are a feature of limestone cliffs worldwide, but those of the Ha Long region are exceptionally well developed and, at many sites, extend into arches and caves. This process of undercutting and subsequent erosion maintains the steep faces of the fenglin karst towers and thereby perpetuates the spectacular nature of the landscape. 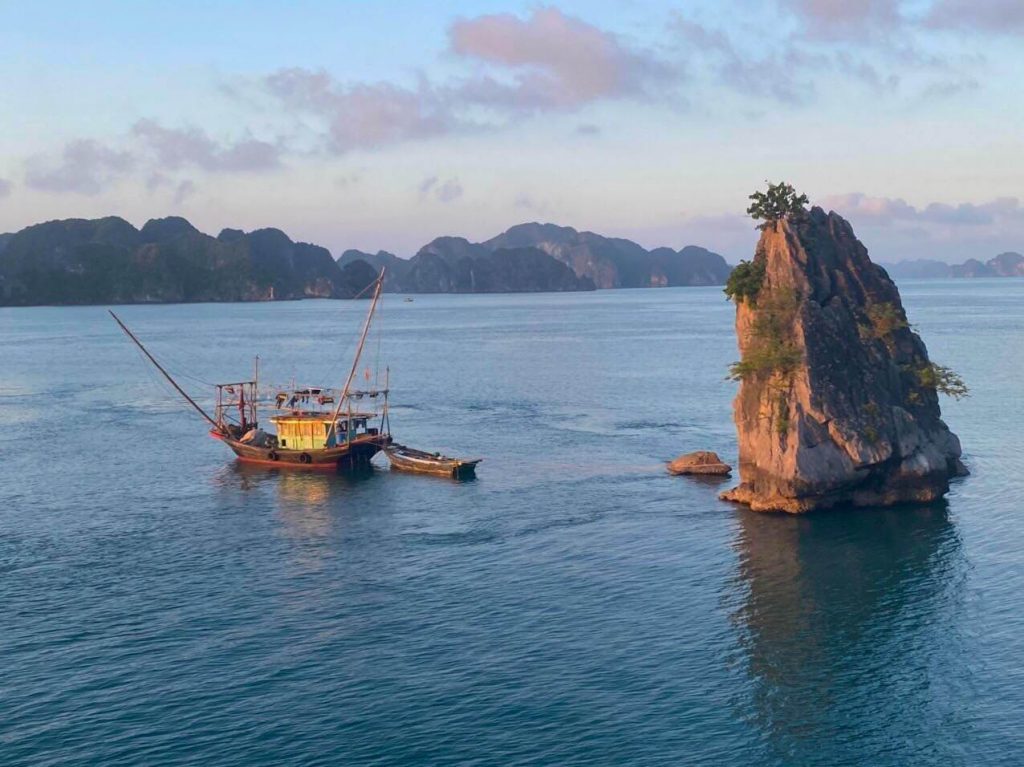 Extensive limestone caves represent another important feature of the Ha Long Region, with three main types identified: old phreatic caves formed below the water table of the time; old karstic foot caves formed by lateral undercutting of cliffs at base level; and marine notch caves formed at sea level where rock structures are powerfully eroded and eventually reduced to a wave-cut platform. You can cruise above the biggest karst garden in the world and discover some dry grottos and eroded caves such as Luon, Ba Ham or Dark and Bright Caves.